The voting for this year’s Taste of Kent Awards is officially open and Biddenden has been nominated in three categories:  Kent Wine of the Year, Kent Cider of the Year and Kent Tastiest Juice of the Year.

The awards, which are now in their 15th year, are run by Produced in Kent and the first stage is based entirely on public votes.  Voting is easy, simply head to www.tasteofkentawards.co.uk and cast your vote in the relevant category.  Biddenden has been nominated as follows:

Only the top three from each category will go through to face the judges in the new year, with the public vote open until 2nd January 2019.  Voting forms can also be filled in at the vineyard shop. 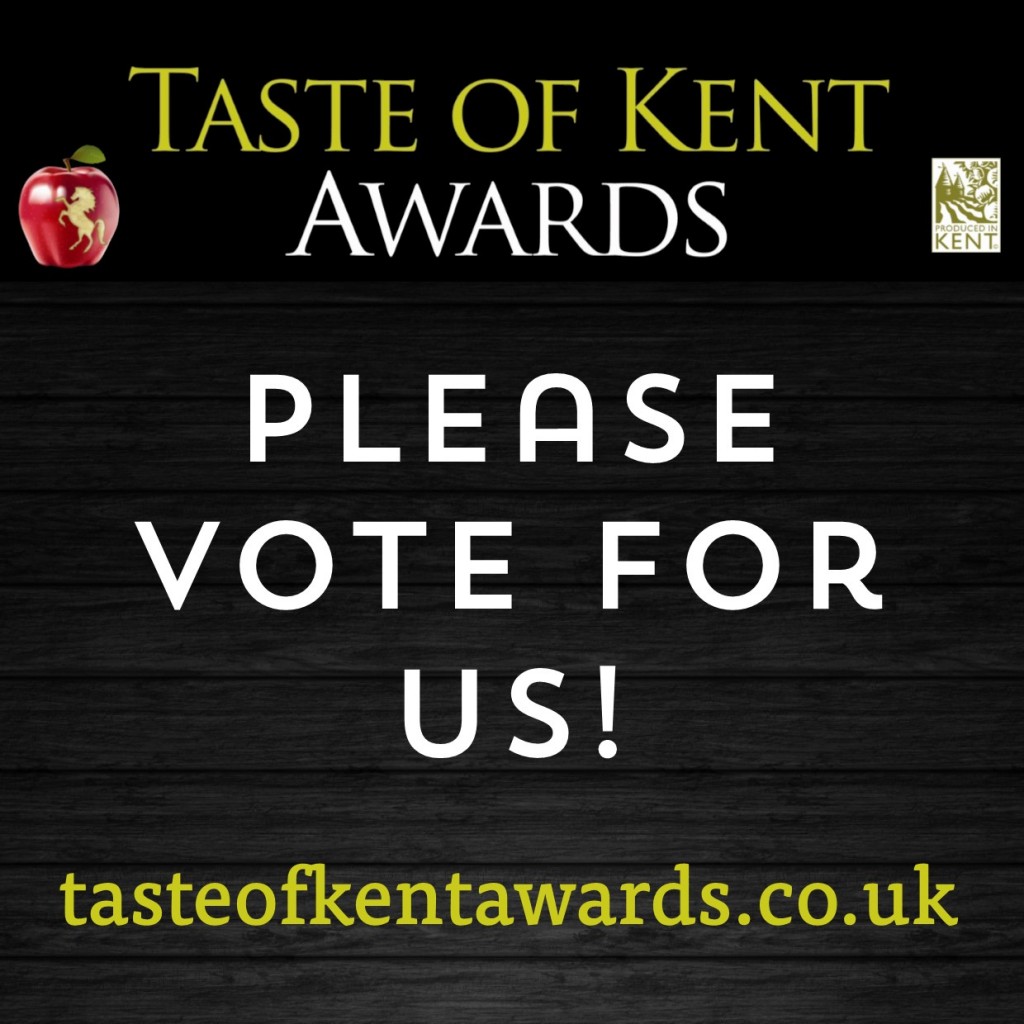