Biddenden has once again been featured by wine writer Matthew Jukes in his “English Wine Guide”, published in the Daily Mail’s Weekend Magazine on 24th March 2018 which picked out the “greatest English wineries” and their star wines.  With over 9 million readers, Matthew Jukes has the most keenly followed wine column in the UK.

Two Biddenden wines were picked out as star wines in the feature; Biddenden Ortega 2016, described as “juicy and mellow with cucumber and fresh herb notes”  and Gribble Bridge Dornfelder 2016 “a rare English red that’s silky smooth with red-berry fruit, and has so little tannin on the finish that it can be drunk without food.”

Both varieties have received glowing reviews for previous vintages, and the new releases are “both amazing” according to Matthew in his latest review.

As well as being available to taste & buy direct from the vineyard shop, both Biddenden Ortega 2016 and Gribble Bridge Dornfelder 2016 are available alongside Biddenden’s full range to buy online for delivery throughout the UK via our online shop. 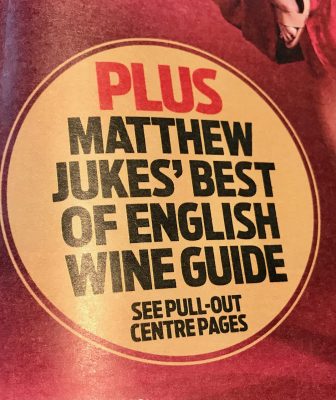